Entrepreneur Magazine EIC To Speak At The Summit 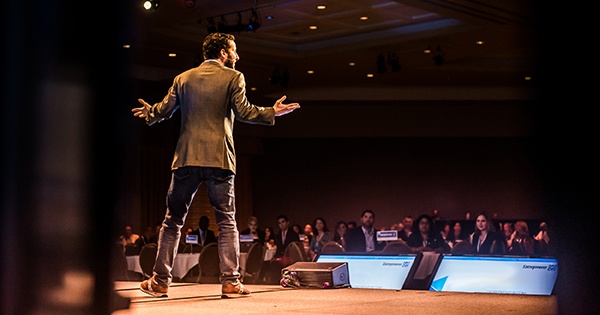 Entrepreneur magazine’s editor-in-chief, Jason Feifer, will serve as one of the keynote speakers at this year’s Diamond Challenge Youth Entrepreneurship Summit (The Summit) on April 12 in the University of Delaware’s Clayton Hall.

“I always enjoy speaking on stage, but the part I look forward to the most comes afterward,” said Feifer. “Attendees, particularly young ones, will always come up and ask great questions and tell me about their new businesses. I love hearing from the young generation of entrepreneurs. It’s great insight into what’s coming next.”

Feifer, who has previously worked for Men’s Health, Fast Company, Maxim and Boston magazine, will focus his keynote speech on how to gain press for a growing business and how to understand your audience.

“Most people don’t have a great understanding about how media works, so I’ll explain how journalists think and how to get their attention,” said Feifer.

Aside from serving as Entrepreneur magazine’s editor-in-chief, Feifer is also the coauthor of an upcoming novel titled Mr. Nice Guy, which he wrote with his wife, and the host of two podcasts. One podcast, Problem Solvers, focuses on entrepreneurs solving unexpected problems in their business, while the other, Pessimists Archive, is a history of unfounded fears of technology.

“As the leader of one of the oldest American magazines carrying news stories about entrepreneurship, Jason has seen and heard a lot, and knows how to guide beginner entrepreneurs around approaching the press and what constitutes as a good story,” said Julie Frieswyk, manager of youth programs at Horn Entrepreneurship.

Young entrepreneurs will have the opportunity to learn from Feifer as well as other keynote speakers including the founder and CEO of The League, Amanda Bradford at The Summit. This three-day conference, which will take place April 11-13, provides students, educators and supporters from around the world with the opportunity to develop new skills while energizing their entrepreneurial spirit.

Attendees have the chance to engage in interactive breakout sessions on a wide range of topics, attend office hours for mentoring opportunities and speak with a variety of experts in the field of entrepreneurship. Workshops, breakouts and networking opportunities will run simultaneously with the final round of the Diamond Challenge, which is a competition for high school entrepreneurs from all over the world, offering over $100,000 in prizes.

The Diamond Challenge is sponsored by Capital One and was ranked one of the top 29 best international business plan competitions by Alpha Gamma, a business portal for millennials.

“I hope and expect that the next generation of entrepreneurs will think big, and focus their talents and energies on solving really big problems,” said Feifer.

If you are interested in attending The Summit, and getting to hear Feifer and Bradford speak, click here to fill out the application. Additional keynote speakers will be announced as the event approaches.

The Summit is one program in the Paul and Linda McConnell Youth Entrepreneurship Education Initiative.