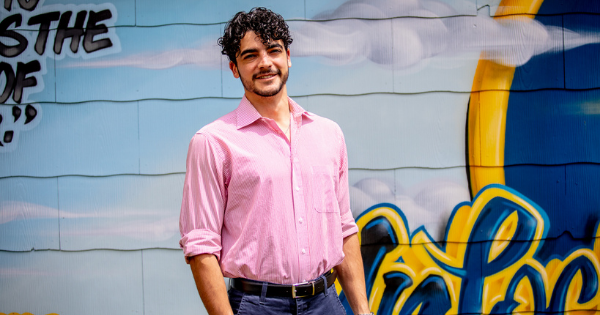 Like many teens and young adults in the U.S., Darian Elmendorf had spent many years throughout high school and college silently battling anxiety and depression. And while his struggles were real and acutely felt in his daily life, they were not, at first, readily identifiable.

“I had never even considered that what I struggled with was depression or anxiety until I really started having these conversations [about mental health],” Elmendorf said. “I never really addressed what it was. I just tried to stuff it down, but a lot of it still surfaced.”

It wasn’t until his junior year at the University of Delaware that Elmendorf began to realize that he was far from alone. This illumination came in part by way of a community of students at Friends 4 Friends, a registered student organization (RSO) centered around mental health awareness, peer support, and wellness that was recently founded in 2017. At the time that Elmendorf was involved in the organization as an event coordinator, Friends 4 Friends had quickly become the fastest-growing RSO on campus.

“We were really overwhelmed with the amount of interest that we had in the organization,” Elmendorf said. “It wasn’t until I got involved in Friends 4 Friends that I realized that this kind of peer-to-peer connection – being comfortable and having a space to talk about these issues and get support – it really had a profound effect on me and a lot of other people.”

As an entrepreneurship student, Elmendorf saw scalability in the peer-to-peer support model and, in turn, the potential to help others with a resource which was so critical to his own personal recovery and lived experience. He began brainstorming ways to incorporate it in the projects he was working on in his classes and programs at Horn Entrepreneurship.

“I had this underlying desire to help people, to do something that was bigger than myself,” Elmendorf said. “But I also really wanted to be creative and focus on helping my peers to impact the way we addressed mental health challenges.”

With the intensive research of peer support he had completed during Summer Founders, Elmendorf continued to cultivate his passion in mental health, eventually earning his certification as a Peer Recovery Specialist through the State of Delaware. And as he progressed in his study, the more conviction Elmendorf had in the transformative power of peer support.

“I truly believe that peer support can save lives,” Elmendorf said. “Especially for young people who are just looking for someone to understand where they’re coming from.”

It was during this same time in 2019 that Elmendorf began meeting with Chris Locke of the SL24: UnLocke the Light foundation, a non-profit for suicide prevention and mental health education. The two began discussing the details of a SL24 project which was in the works, an upcoming mental health resource which Elmendorf believed could benefit from a strong peer support element. 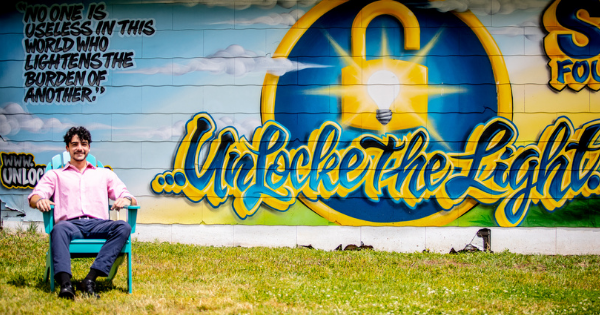 “One of the problems that I’ve noticed in mental health is that there’s all of this support [from individuals] but very few opportunities, because of all of the liabilities associated with treatment and everything,” Elmendorf said. “Peer support kind of breaks through that barrier because it’s non-clinical. It really opens up opportunities for people who are passionate about this work because they have this lived experience and they want to use those experiences to help guide others.”

This project would eventually become the model for providing peer support at Sean’s House, a mental health safe haven and community space in Newark for young people ages 14 to 24. The house is named in memory of Locke’s late son, Sean, who lost his battle to depression in 2018.

Joining Locke’s team as a project manager, Elmendorf began organizing and training a team of nursing and psychology students from the College of Health Sciences at UD that would ultimately form the team of Peer Support Specialists that keep Sean’s House staffed 24/7.

Sean’s House officially opened on September 24, 2020, and Elmendorf himself ultimately took on a more permanent role at the house as the Director of Peer Support, as he continued to collaborate with Locke on their shared ambitions for the project.

“We were both exactly on the same page with what we wanted to do,” Elmendorf said. “We wanted to take the program to the next level.”

While the house has increasingly offered activities like cornhole tournaments, barbecues, and ice cream socials, Elmendorf described, Sean’s House is also designed as a space for those simply looking for a place to relax, do schoolwork, grab a snack or drink, or talk to a friend.

Recently, the SL24 Foundation received the 2021 Jefferson Award for Most Outstanding Service Organization in Delaware, further demonstrating the extent of their impact and value to the community.

And although Sean’s House has just arrived in Newark as a relatively new resource, Elmendorf maintains high hopes that the organization will continue to grow and touch the lives of other young people for whom peer support may make a life-saving difference.

“After seven months, I still feel like I’m only getting started,” Elmendorf said. “There’s just so much more that I want to do and so much more growth that there’s potential for in this role and at Sean’s House.”