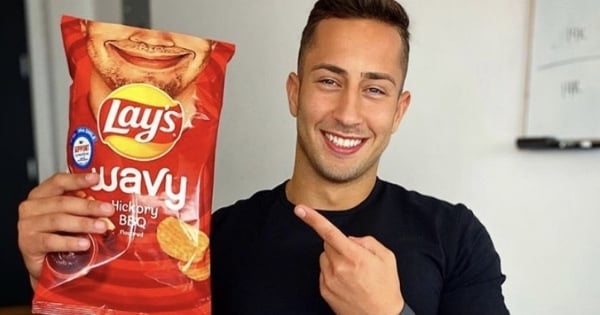 On a hot summer day on the New York City subway, Mike Fiorito was struck with an impulse to change his life. He had moved to Brooklyn for work and was making the daily commute to and from his job with his brother, Nick Fiorito. But after a long year of going through the motions, the two brothers could no longer ignore the dissatisfaction they were feeling in life.

“We were both just feeling super unfulfilled, and we looked around and we could tell that everyone else was also super unfulfilled,” Fiorito said. “I remember looking at [my brother] and I said, ‘What if we just quit our jobs?’”

Although the initial thought seemed too spontaneous to be taken seriously, the two spent the rest of their workdays mulling over the proposition over back-and-forth text messages. The brothers ultimately decided to take a risk, follow their guts, and pursue a new direction that they believed could have a meaningful impact in their lives and the lives of others.

Not soon after, Blankets of Hope was born. As the co-founders of the social venture, the Fiorito brothers’ mission ever since has been to “inspire a global movement of kindness.” Founded in 2016 on the belief that kindness is contagious, the company provides the homeless population in the city with blankets during the cold winter months, while simultaneously partnering with schools and children across the country to teach and practice empathy and kindness.

“At first it was just me and Nick going out into the city and handing out blankets, mano a mano,” Fiorito said. “It went from a small family project to a global movement.”

Since its inception, Blankets of Hope has partnered with over 160 schools across 37 states, including some in Mexico and Canada as the company begins to actualize its ambitions for a global reach.

“This strategy of partnering with schools was an added layer of Blankets of Hope that we didn't expect,” Fiorito said. “But it doubled-down our passion because not only were we helping people experiencing homelessness, but we were teaching kids the power of empathy and kindness. So it was a double-edged sword that was amazing for us.

In their partnerships with schools, the brothers provide a 30-minute virtual kindness workshop, which includes meditative practices and empathy exercises. Students also get a chance to become participants in Blankets of Hope as they help to produce the handwritten and heartfelt notes that accompany each blanket. Before the pandemic, the brothers would also occasionally visit schools in person.

In childrens’ innocence and enthusiasm, Fiorito is reminded that empathy is inherent in all humans, but that it is something that needs to be rediscovered as adults become cynical and discouraged.

“As adults we kind of get jaded by the culture and society and everyday life,” Fiorito said. “But these kids, especially in elementary school, haven't been jaded yet. Their hearts are huge and their empathy muscles are to the max.”

The company’s rapid growth and widespread impact have also garnered the venture a considerable amount of attention in various media outlets and news networks. Most recently, the brothers were featured on bags of Lays chips as part of the snack company’s “Smilers” initiative, which promotes the medical nonprofit Operation Smile.

And although he isn’t one to be preoccupied by such fleeting moments of fame, Fiorito said, the recognition which Blankets of Hope receives affords him a measure of perspective and gratitude, particularly in regards to friends and family being able to see the project’s growing impact.

“Our biggest drive is honestly our parents,” Fiorito said. “They’ve given us everything and more… So for them to go into the store and see their sons on a bag of potato chips was such a beautiful moment for us.”

As an entrepreneurship minor, Fiorito also attributed his time spent in the innovative environment of the Horn Entrepreneurship program as a valuable experience that helped shape his approach to growing Blankets of Hope as a social venture.

Fiorito’s entrepreneurial career traces back to his freshman year at the University of Delaware, when he was interning at the Venture Development Center for a Horn-based startup called LendEDU. His passion for entrepreneurship soon led him to follow the growing startup to opportunities in California for Y Combinator Demo Day, and later Brooklyn and Hoboken where he would commit to the company full-time and make the difficult decision of putting his academic pursuits on hold.

It was a year after moving to the city when both brothers began to acutely feel the cumulative exhaustion and disillusion with their professional careers, and the two chose to exit their respective workplaces.

Over the course of the next six months, the brothers juggled different projects that failed to come to fruition, and which left them both even more dissatisfied with life. It was at this point that Fiorito described what at the time felt like his “rock bottom.”

That following winter, however, Fiorito’s brother had a revelation, when late one night he was reminded of an image of a homeless individual whom he used to regularly pass by during his daily commute.

“Every day he would think to himself, especially during the winter, ‘I’m gonna help this guy,’” Fiorito said. “But he never did anything about it because he was in this rat race – he couldn’t get out of the ‘hamster wheel’ and do something about it.”

That night, reminded of these strong empathetic impulses, Fiorito’s brother started a GoFundMe with the intention of addressing one fundamental struggle of homelessness which he felt was particularly heartbreaking: Staying warm in the winter.

The brothers shared the fundraiser campaign amongst their family and friends and eventually raised enough money to purchase 100 blankets to distribute in New York City to those in need.

Beforehand, Fiorito had also had the idea to attach handwritten notes to every blanket, which were meant to be personalized gestures that reassured recipients of their inherent value, humanity, and visibility.

After sharing their latest project on Facebook, it wasn’t soon before Fiorito and his brother connected with California-based venture capitalist Todd Chaffee, who reached out to offer mentorship and financial support for the brothers’ philanthropic initiative. Chaffee’s belief in the project’s global potential convinced the brothers that they had finally found a calling that would bring them the fulfillment they were so deeply craving.

“We trusted him, we stopped everything we were doing, and we put all our eggs in that basket,” Fiorito said. “And ever since then Blankets of Hope has been growing like crazy, year after year.”

Fiorito and his brother have since set out to exponentially outdo each previous year’s donation goal, as they distributed 1,000 blankets that following winter and 10,000 the next. Blankets of Hope’s impact was also propelled by their collaboration with schools and children across the country, which effectively added another dimension to the company’s mission of kindness.

Most recently, Blankets of Hope reached their goal of 20,000 blanket donations, and they are now looking towards the ultimate vision of giving out 1 million blankets by 2025, Fiorito said, as the brothers continue to push forward.

As someone who has reflected deeply on striving towards a meaningful life, Fiorito advises students, entrepreneurs, and others to take the same leap of faith on their passions which he and his brother took four years ago on that fateful summer day.

“Whatever you’re going to school for, just make sure that it’s something that you’re truly passionate about,” Fiorito said. “Without true passion, you’re never going to be truly fulfilled. Don’t chase the end result, just chase what’s really lighting you up inside.”