Blue Hens of a Feather: From Friends to Founders 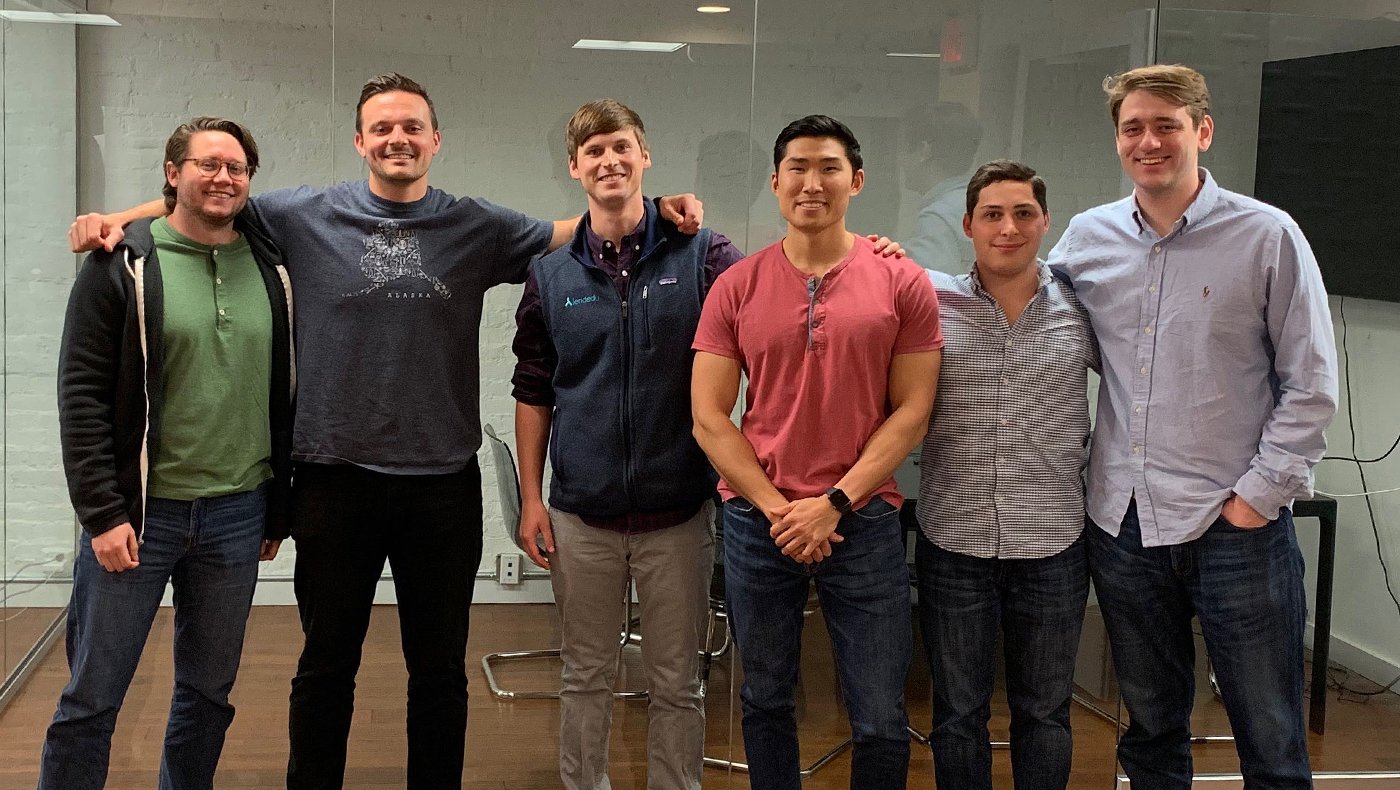 Nate Matherson knew he had the business acumen and drive necessary to create a successful start-up. He wanted to provide a resource to help others overcome obstacles that he had experienced first-hand as an incoming student. Matherson, UD Class of 2016, also knew that he would need to find someone with exceptional technical skills in order to help make his dream a reality. He looked to his close friend Matt Lenhard, a fellow finance major who had a passion for and experience in websites, app creation and entrepreneurship after creating his first start-up venture in high school.

The pair joined together to found a business called “ShopTutors”, a tutor management software platform to connect students with tutors. They decided that Lenhard would work on the technology, and Matherson would handle “everything else.”

“It was at that point that we hired our friends from college and our roommates,” Matherson said. “We were growing and needed people to come work for us. The smartest people that we knew were our roommates from the University of Delaware.”

At the start of 2016, Matherson, Lenhard and their three new employees moved to California for four months to participate in Y Combinator (YC), a company that helps start-ups by providing seed funding and connecting them with investors.

One of these employees was Alex Coleman, UD Class of 2015 with a double major in operations management and management information systems and a minor in global enterprise technology.

“After working on the company for a few months and participating in YC, I began to realize how big the problem we were trying to solve was—it is rare that you get a chance to work on a problem that impacts 44 million people,” said Coleman, now VP of product at LendEDU. “When you’re a young startup you almost inherently have to be scrappy. As we’ve grown, we’ve had to balance maturing as an organization while maintaining our ethos.”

Dave Rathmanner, UD Class of 2016 biomedical engineering major, and now VP of content at LendEDU, looks back fondly on this period when he and the founders were still in school and working on LendEDU out of their apartment.

“I have always been interested in entrepreneurship and knew I eventually wanted to get involved with an early-stage startup or start my own company,” Rathmanner said. “I never imagined it would be while I was still in college, but when the opportunity arose to help out Nate and Matt with LendEDU, I was all for it.”

The team started running the business full-time in June of 2016 and soon after they were making between $50,000 to $60,000 a month in revenue. With this dramatic growth, they decided to hire more employees like Grant Wing, UD Class of 2016 mechanical engineering major with minors in economics, business administration and management.

“[In my previous job] I didn’t see the opportunity and room for growth that I see in LendEDU. That opportunity combined with the increased responsibility, the chance to learn new skills and the experience of working with my friends from school lured me to LendEDU,” said Wing, who is currently a business analyst at LendEDU.

Today, LendEDU is based in Hoboken, New Jersey, has seven-figure revenues and Matherson describes the company as “a website that helps consumers learn about and compare financial products.

“We’re no longer focused on just student loans or financial aid; today we help consumers learn about everything from student loans to insurance and credit cards and banking products,” Matherson continued. “We really help consumers learn about and understand how these different products work and then also help answer questions about their finances.”

From its inception, LendEDU has utilized the talents and drive of Blue Hens. This has only continued as the company has expanded, but they don’t exclusively hire UD graduates. According to Matherson, “We look to hire people that are really smart and really driven and really wanted to make an impact.”

With these qualifications in place, today more than three-quarters of the LendEDU staff are UD alumni. This includes the most recent LendEDU hire James Hamory, a UD Class of 2019 with a double major in economics and finance. Hamory was first hired as an intern at LendEDU but after completing a total of three internships with the company he was hired for a full-time position.

“I was very intrigued by the start-up culture at LendEDU and the tremendous successes that the company had achieved in such a short period of time,” said Hamory, now director of finance and operations at LendEDU. “I genuinely felt that LendEDU was a great place to work and that it would be an incredible company to begin my career with.”

LendEDU was recently acknowledged as one of the fastest growing companies at the 2019 Blue Hen 17&43 Awards by UD’s Lerner College and Horn Entrepreneurship.

When asked what is next for LendEDU, Matherson said, “We’re trying to continually expand into new markets and products; things like investment accounts, mortgages and home equity… For us, as we grow, it’s sort of a function of us just creating more content and getting more readers to our site and then helping those readers to make good decisions.”